Here are some photos from a SE Portland chimney rebuild. This chimney was collapsing due to lack of structural reinforcement, and a foundation that was too small. There was a strong lean to the south and there is a large gap between the chimney and the house. We took this chimney down to the ground and removed it from the site, afterwards we built a new chimney and foundation from the ground up. 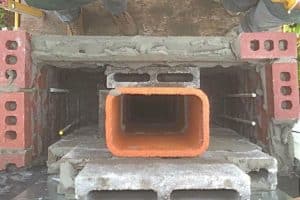 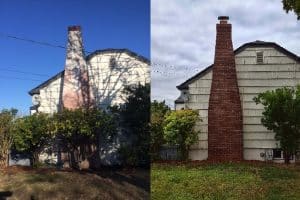